A Hero To Country and Family

To a child, a grandparent is one of the most special people they will ever know and always remember with intense affection. The combination of unconditional love, frequent presentation of gifts, and lack of reprimanding the child have something to do with it. He was such a grandfather and the grand part was his charismatic smile. A long time before he became a grandfather, he represented his country in another country on the front line. A grandfather of the most heroic and celebrated caliber. 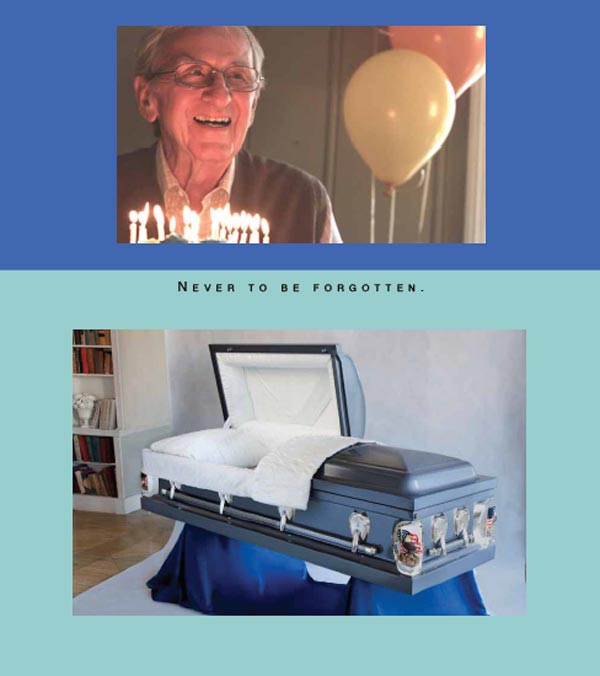 The idea that a patriotic symbol could be placed on the corner of this casket made all the difference in the world. After all, he served his country in a time of war and returned home to become a revered family hero.